You may be familiar with artist such as Maurizio Catelan and Marina Abramović  who have featured live humans suspended from the wall as part of gallery or museum installations, and street artist Mark Jenkins creating lifelike sculptures in public space. The effect can be shocking and if done effectively, causes the viewer to review our role as humans when observed at the crossroads of performance, plastic arts, and sociology. 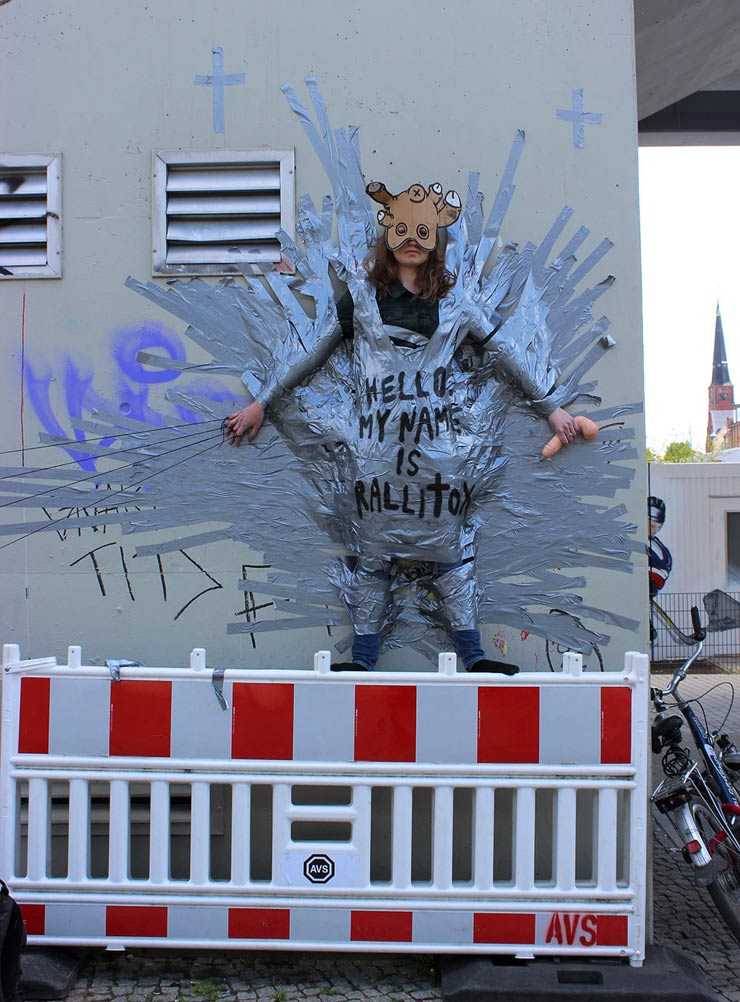 Street art experimenter Rallitox treads the fine lines of art and sociology and behavioral studies – often provoking passersby into participating in his works even passively – like staging a crime scene with a grocery store chicken and some ketchup on a sidewalk, or inviting people to walk across the backs of 8 people lying on their stomachs as a free opportunity to walk on immigrants. If it doesn’t delve into sensationalism, this kind of work has the power to focus the view on your role as participant only by virtue of inhabiting a public space.

Rallitox’s latest sociological experiment in Warschauer strasse, Berlin is to transform a friend into a sticker – or rather – to stick a friend to a wall with duct tape. Static images here give part of the story, but nothing compares to the smallest movements of a head or a hand when you walk by, suddenly realizing this inanimate “sticker” is neither a sticker nor inanimate. “Im so interested in using people as an artistic tool to express what I feel, “ he tells us, “Especially when I get to create confusion and to break mental patterns.” 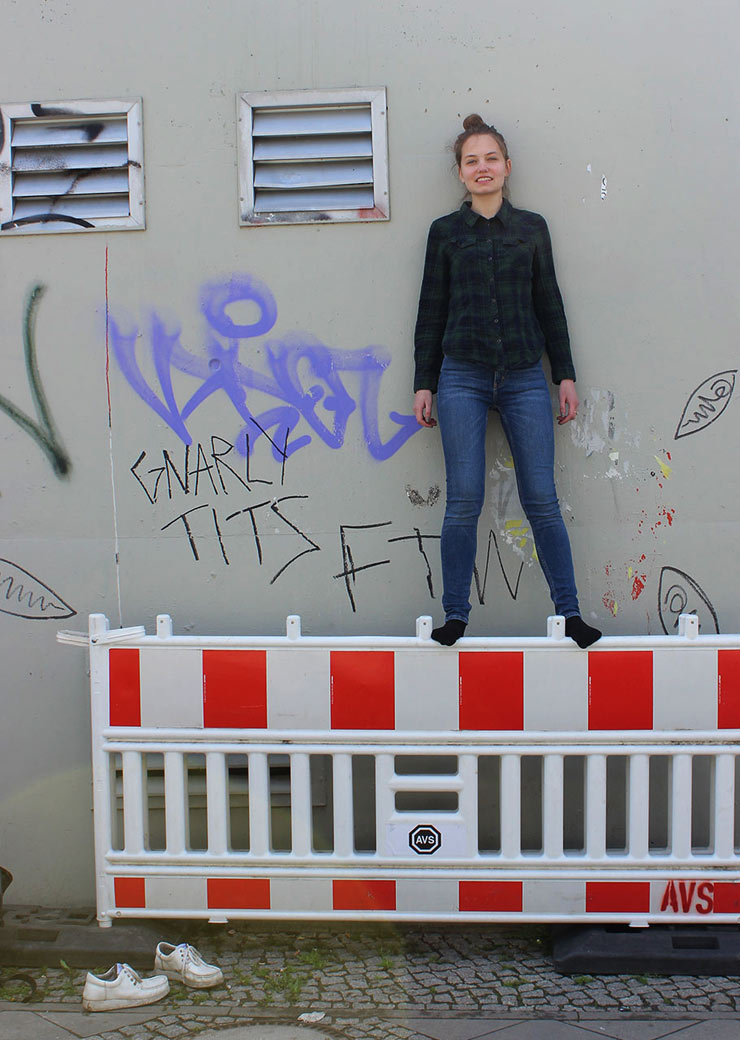 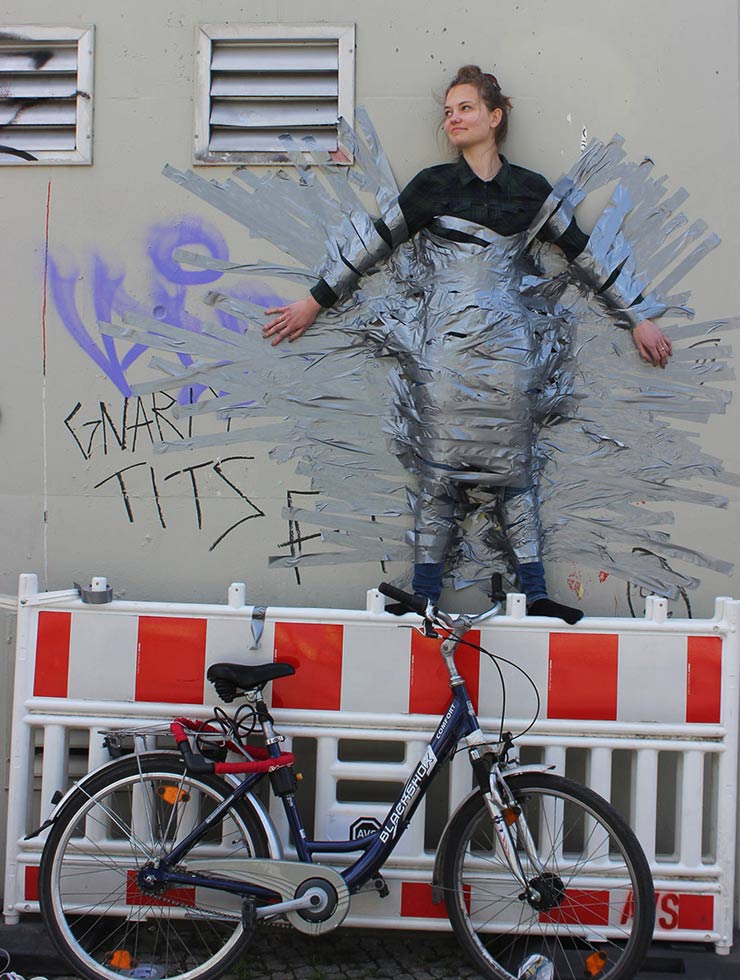 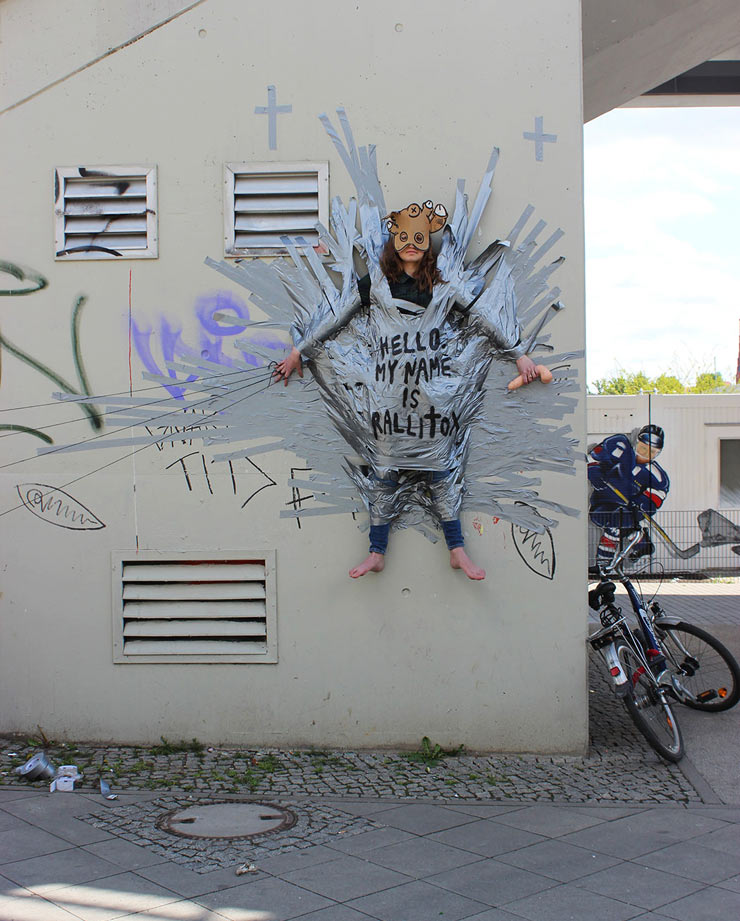